Jerome Gence is a Paris-based photographer who has been published in National Geographic, The world, and other journals. He is also a Canon Ambassador but, surprisingly, doesn’t have an Instagram or Facebook page because he dislikes (no pun intended) all social media.

Gence grew up on the tiny Indian Ocean island of Reunion, 500 miles east of Madagascar, a French overseas department with a population of less than one million. At school, a guest lecturer showed them pictures of the Himalayas, his first experience with the outside world growing up.

The next step was graduate school in Paris followed by a comfortable life as a data analyst. One Sunday, he was watching a documentary about a small train (Darjeeling Himalayan Railway) in India. He saw the story of a woman who carried the luggage of visitors to ensure the education of her five children.

He told his girlfriend, “I’m going to take three weeks off and go to this town and try to meet her.” 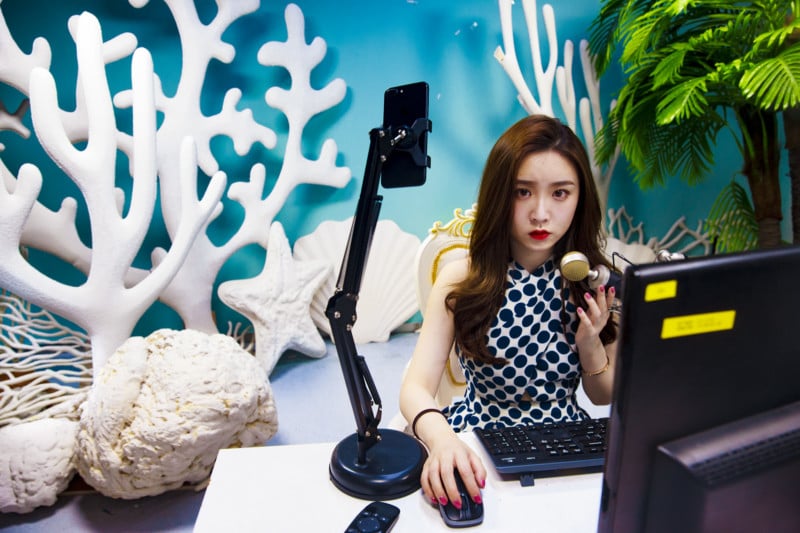 Gence ended up meeting her and shooting in India with a Canon 5D Mark II and a 24-105mm f/4, but when he got back he decided to go back and shoot more. He quit his job, left his life in Paris, and embarked on a two-year overland journey to Nepal via Italy, Iran, Greece, Turkey, Armenia, Central Asia, Mongolia, China, Thailand and Myanmar, with other stops along the way. The mode of travel, with an accompanying tent, was hitchhiking, or whatever was available.

The day after he arrived in Nepal in 2015, a strong earthquake killed 9,000 people, and he still wonders how and why he escaped. By chance, he meets a French photographer Eric Valli, who gave her the direction of photography, telling her, “you have ‘amazing eyes,’ but that’s not enough – you have to tell a story.” This assertion completely guided Gence in his photographic career. 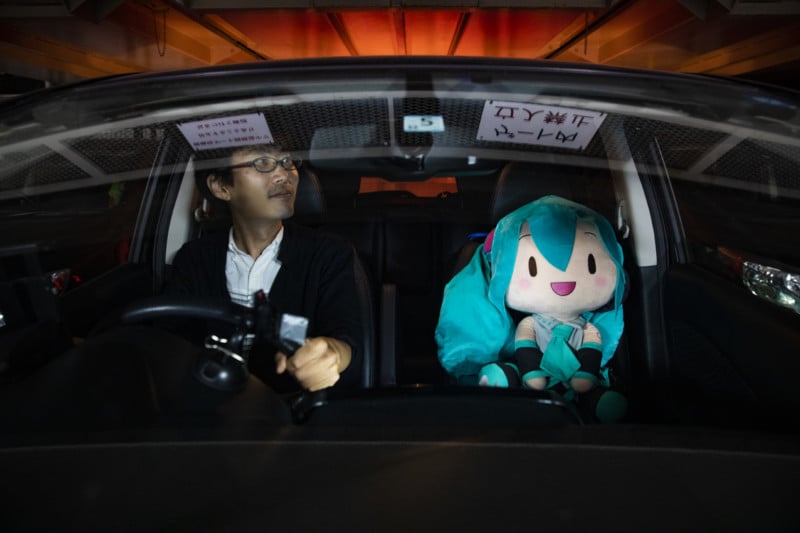 “On my island, I had no National geographic magazine,” says Gence PetaPixel. “This [National Geographic] did not exist. I did not know the photographers like Henri Cartier-Bresson, Sebastiao Salgado, Steve McCurry, Marc Riboud, Martin Parr and pascal master.

“And I didn’t know how to tell a story, so Eric gave me a lot of photo books to show me how. He told me to find a subject because there are so many photographers who go to war, over issues environmental or social to try to find a niche that would get them spotted by a publisher…” 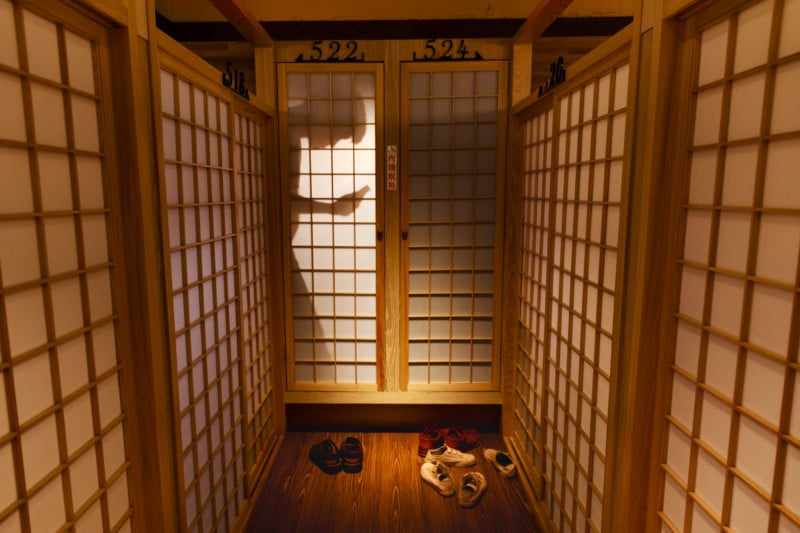 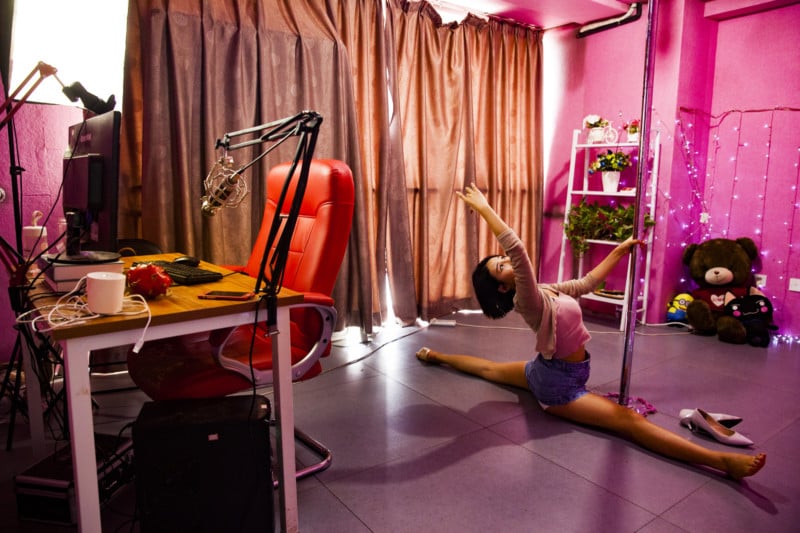 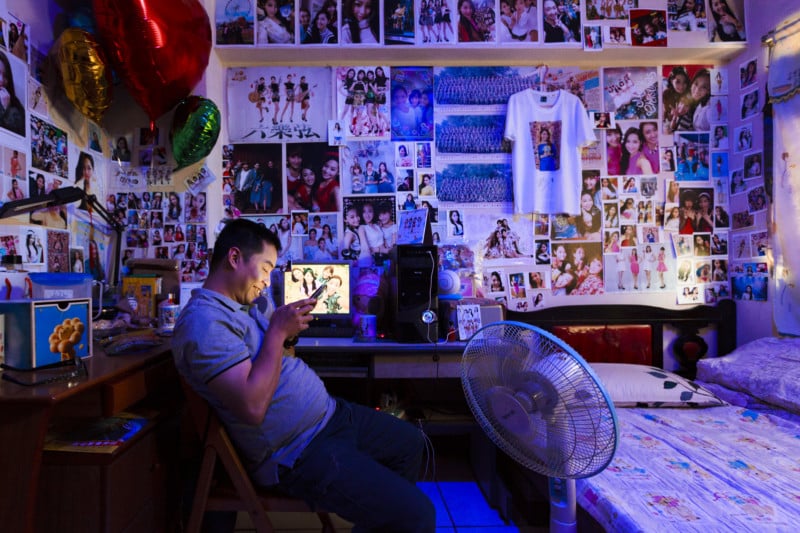 “One day, while I was traveling in China, I discovered the concept of live streamers by chance,” says the traveling photographer.

“The big difference between these live streamers and bloggers in the US and Europe is that live streaming showgirls [not sexual] are paid by fans who send them emojis. A single emoji can cost up to €5,000-10,000 [euros and dollars are approximately equal value] and the streamer can earn up to €50,000 per month.

Gence immediately spotted his next mission, a kitsch and colorful (literally and figuratively) world full of lighting/video effects that are used to attract bored young men – Livestreamers: the geishas of the Internet. He traveled for 8 to 9 months through China, Korea and Japan to document this business that feeds on people’s loneliness.

Then Gence went to Visa for the image in 2019, a well-known photojournalism festival in Perpignan, France, where he showed it to a photo editor. Soon it was in Le Figaro, Back [Germany]and National Geographic.

“Actually, I don’t have Instagram or Facebook, and I don’t want to put my work on social media,” explains the photographer. “So the only way to get my work in front of an editor was to attend Visa for the image [500 miles to the south from Paris].

“Anyone can attend a portfolio review by filling out a form. My last review was with Sarah Leen, director of photography for National Geographic, and I thought I had no chance here. Why should my story even interest him? She started with: “You have 15 minutes to show me your work.

“She got up after 15 minutes, held out her hand in congratulations and gave me her email. Two months later, I received a message from National Geographic, and at first I thought it was spam. But it was an actual invitation from the National Geographic Storytellers Summit in Washington, DC.

“After my presentation at the Nat Geo Summit, Canon selected me as their ambassador in 2020”, continues the photographer.

“Soon after, Google asked me to give a talk on A connected world for disconnected people“says Gence.

Another of the great characteristics of Gence was the Mukbangs: on-screen food delivery, a type of online food show popular in South Korea in which a host consumes various amounts of food while interacting with the audience. 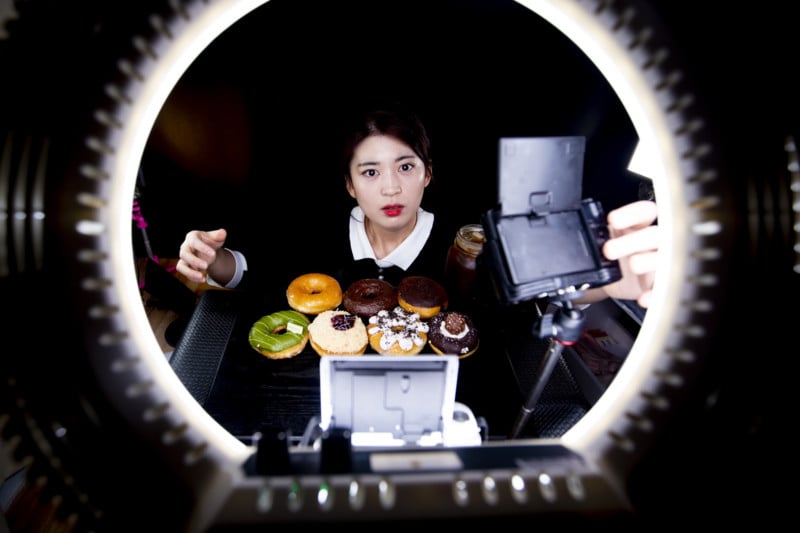 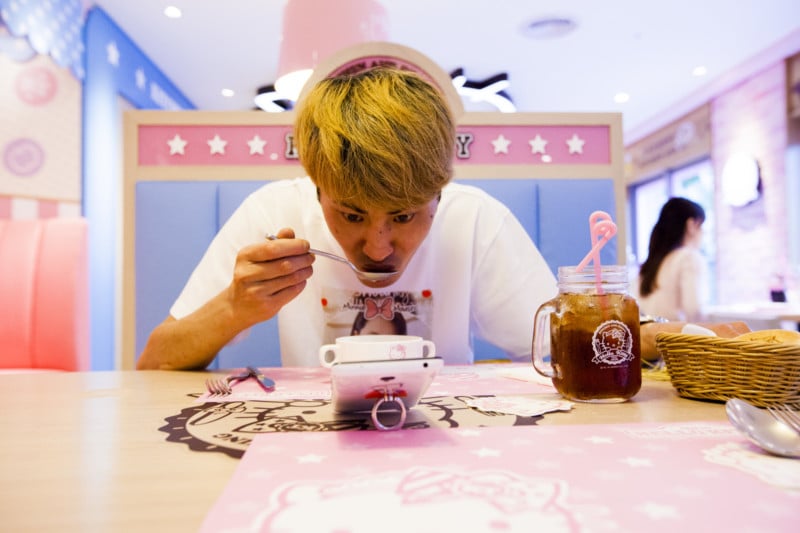 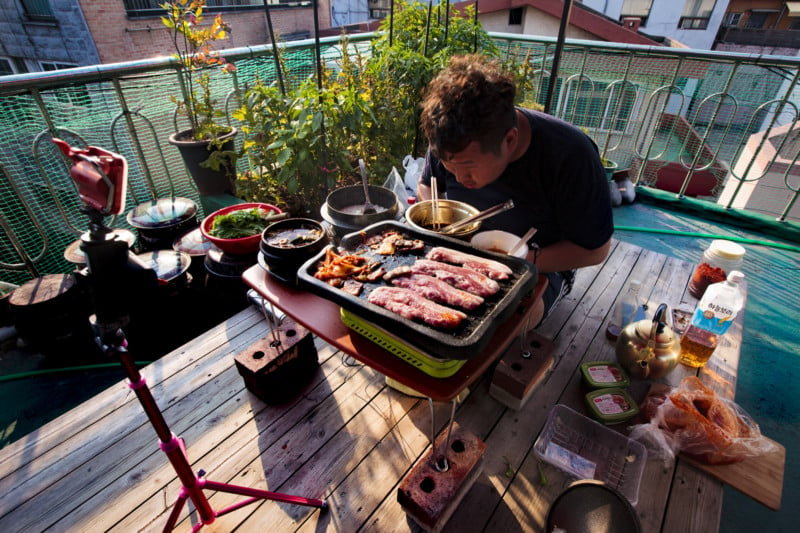 A third story was about a Japanese virtual singer, who is actually a hologram — Virtual singer: I like a hologram. Hatsune Miku is a Vocaloid software voicebank and its official anthropomorphic mascot, a 16-year-old girl with long hair and turquoise twin tails. Fans who fill entire stadiums during their concert go so crazy with Miku’s character that one of them even had an expensive wedding ceremony that Gence recorded. 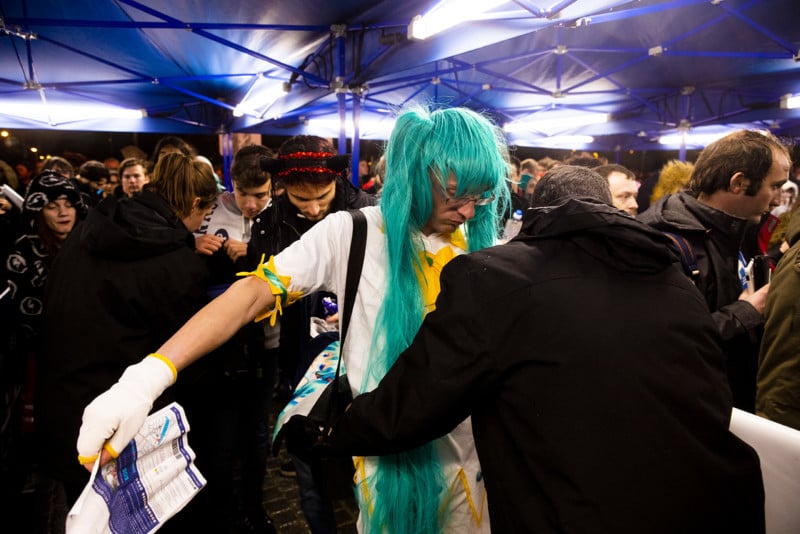 All three stories are well known in Asia, but they received a lot of coverage in publications, as Gence showed them to European audiences for the first time. Additionally, as his mentors had advised, he spent 7-8 months on each story, during which time he gained the trust of his subjects and thus was able to achieve intimate portraits. 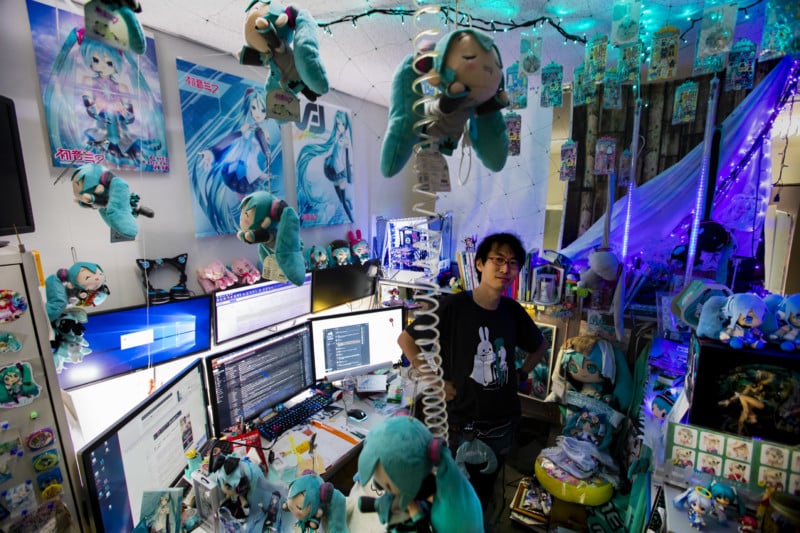 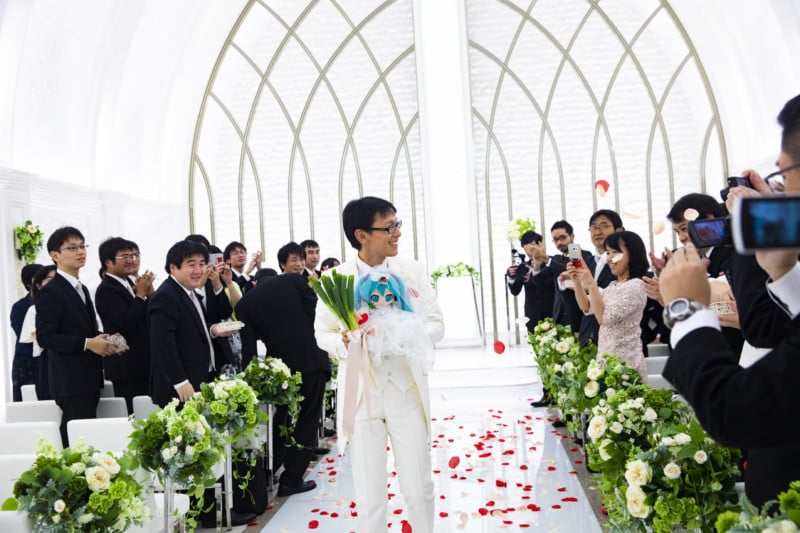 “I learned how to do old-fashioned stories by devoting time and more time to the subject,” explains the French photographer. “The problem with social media is that you only focus on yourself, and when you spend more time, you want to get more and more likes.

“I don’t think giving all your work and life and what drives you to these platforms is a good strategy. If one day they decide to stop it [the social media service]so what ?” 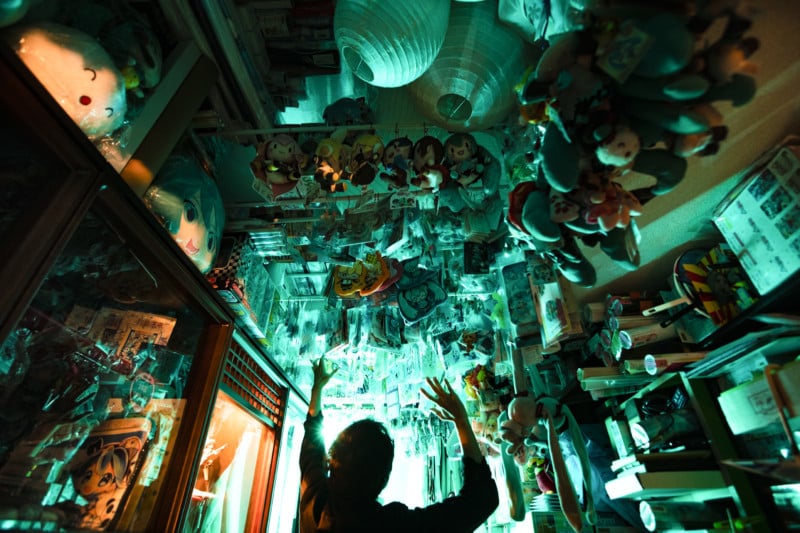 Gence meets photographers who ask him how they can be published. Now, if you put all your photos online, there are no more surprises, because editors see thousands of photos daily. Why would they choose your work on Instagram? He believes you have to create a surprise – like I have things you’ve never seen before.

“I was one of them. My dream was to be a classical guitarist. You can’t imagine how much money I invested, changed a lot of guitars, and thought that buying a new guitar [I could be better]. “I want another camera”, say the young photographers, “and I will take better pictures”, which is not true. At some point, I would say you have to have the courage to say that maybe it’s not for you, and you have to express yourself in another way. Photography was not my passion. He came into my life by accident.

“When I’m at home, my cameras are in the closet and I don’t take pictures. Instead, I take the time to search for stories. I’m a Canon Ambassador and I have a box of new gear, but I’m happy with my Canon R5 and more Canon 5D Mk IV and even Mk II. I mainly use the Canon RF 15-35mm with the Canon 24-70 f/2.8, which is my favorite.

“It’s weird because I’m now a Canon Ambassador, I work for a lot of magazines and I don’t have any social media. So I have to explain [when hiring an assistant] and justify myself for not being online. Yeah, something really, really surprising to me. 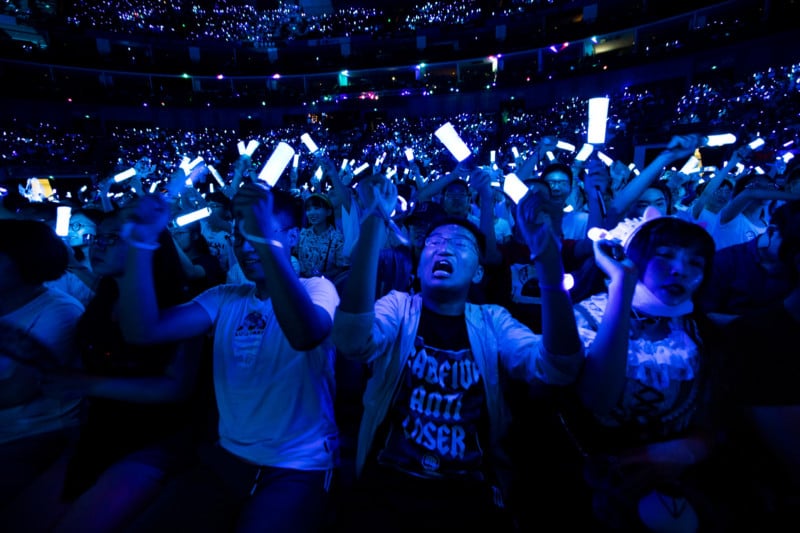 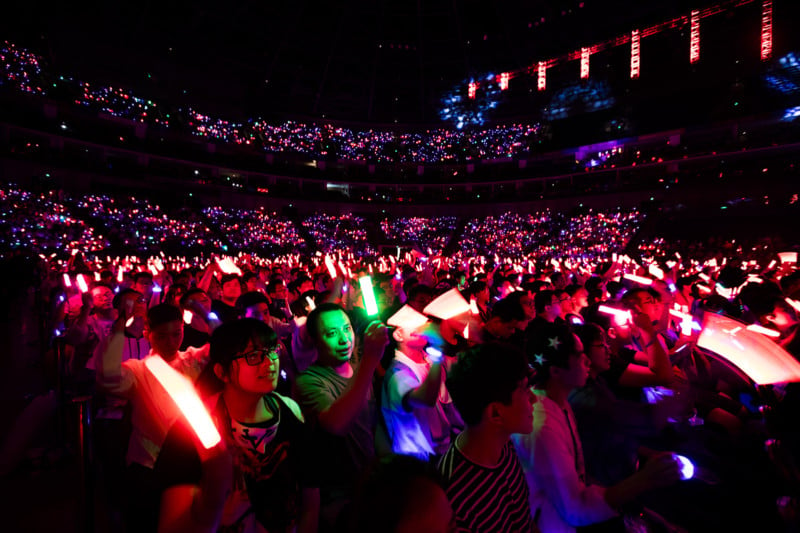 A few months ago, I proposed to the newspaper The world, a photo report on the Ukrainian refugees who work in the palaces of the Côte d’Azur. Immediately after the report was published, a television channel and a real-time news site broached the same subject by interviewing the exact same people. We live in a “cut and paste” society. 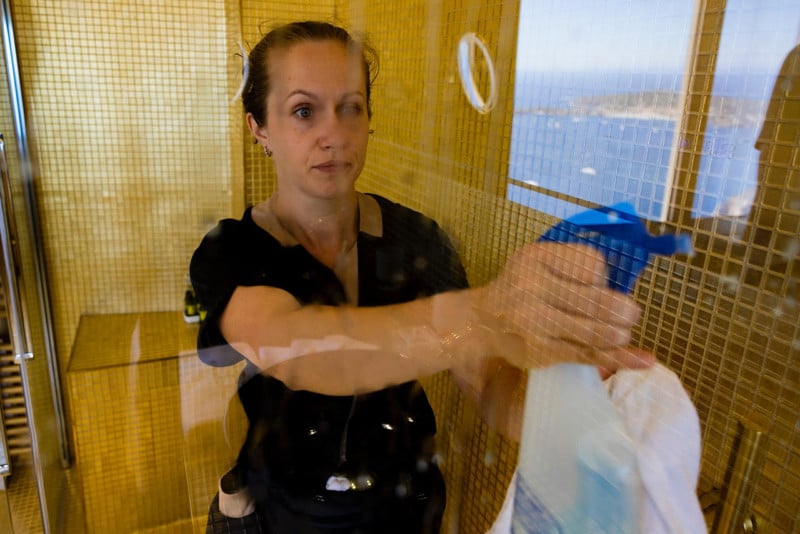 “It never occurred to me to become a famous photographer,” says Gence. “I have never been passionate about photography. What excites me the most is the noise of packing my things the day before I leave. From that moment I start imagining and doubting everything at the same time.

“What excites me is going in search of a story that I never imagined existed. I also like the risk of returning home without having found anything. I need to be surprised. This is something increasingly difficult in a world where we are harassed by content and notifications. 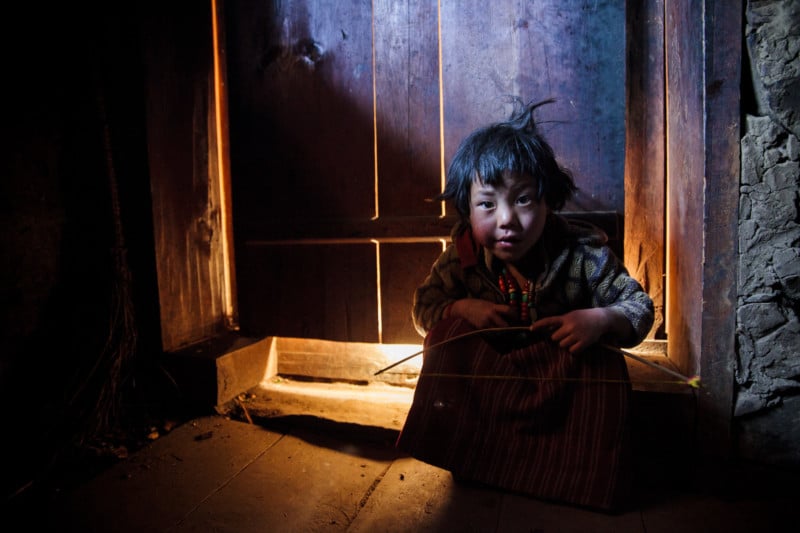 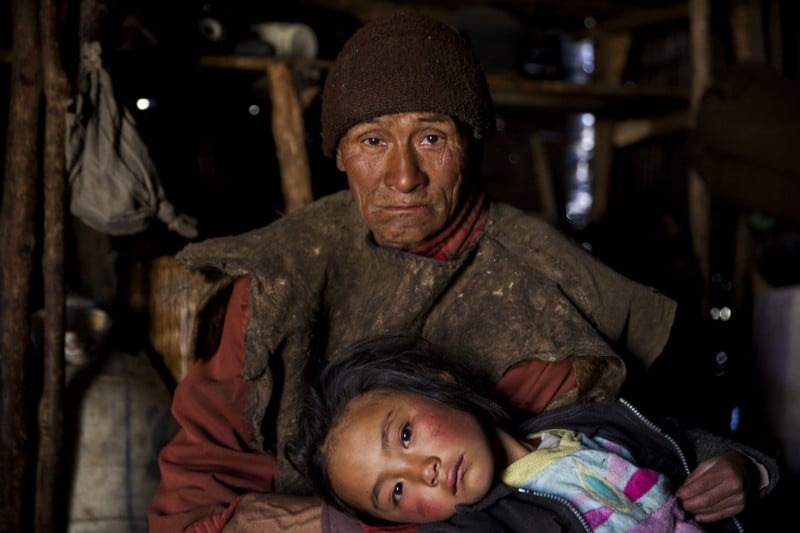 “Never, never,” he repeats vehemently. “I’m happy to get back to my day job as a web analyst once I’m back home. I admire photographers who are full-time photographers. I don’t have enough creativity for that. When I finish a project that lasts several months, I have several weeks of editing left. After that, I have to meet the editors to show them. When this is all over, my cameras are put away. I resume a normal life until the day when a new idea comes to my mind.

About the Author: Phil Mistry is a photographer and teacher based in Atlanta, GA. He started one of the first digital camera courses in New York at The International Center of Photography in the 1990s. He was the director and teacher of Sony/Popular Photography magazine’s Digital Days workshops. You can reach him here.