Connie Fernandez-Brojan, Bureau Chief of PDI-Visayas, has been named Editor of the Year – one of only four special awards presented by the GMEA.

Leo Udtohan, PDI-Visayas correspondent in Bohol, received the report of the year for his article “Loon Church in Bohol emerges from the rubble”.

Brojan was chosen as Visayas Editor-in-Chief by members of academia, communications specialists, digital marketers, and sustainability advocates and officers because of her contributions and influence in the media community and industry.

She was nominated for the award because of her leadership and reporting on the most pressing and important issues facing all of the Visayas, particularly the COVID-19 pandemic and the onslaught and aftermath of the typhoon Odette (international name: Rai) which wreaked havoc in the Visayas on December 16, 2021.

Besides Brojan and Udtohan, reporters and correspondents from the Inquirer Visayas bureau were also named finalists in the various GMEA categories.

Its chief reporter, Nestor Burgos Jr., was cited for his three-part investigative article on the fate of 100 Capiz farmers who finally got their land after 24 years. 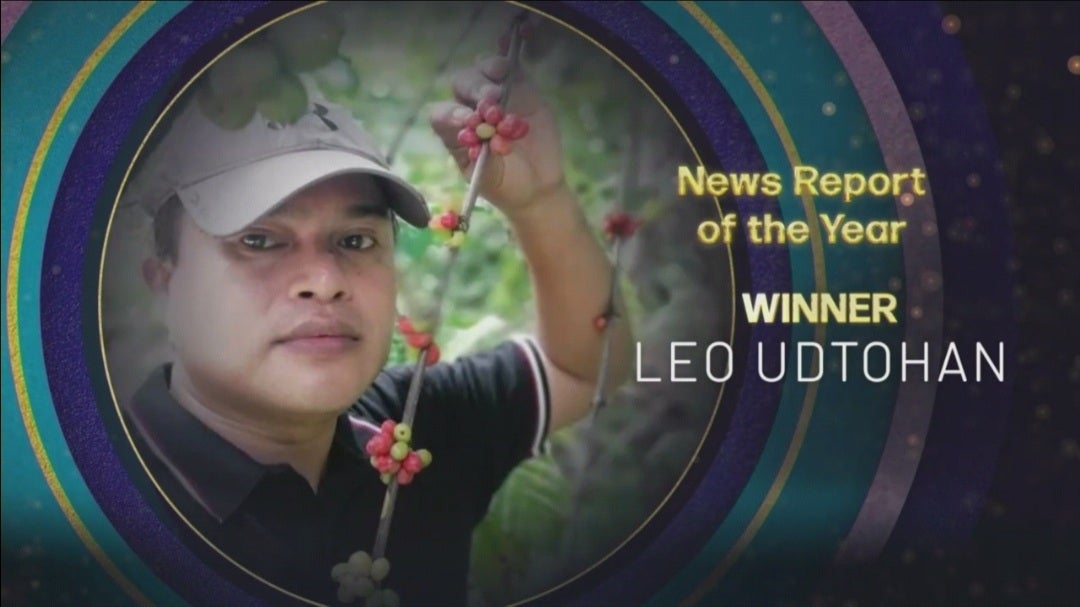 Burgos Jr., along with Brojan, Carla Gomez, Karlowe Brier, Nestlé Semilla, Joey Gabieta and Leo Udtohan were also named finalists for Feature of the Year which tackled the aftermath of Typhoon Odette.

Brier was also a finalist in the same category for her story “Communities in Negros Oriental Turn Wind Power into Electricity.”

Joey Gabieta was named a Breaking News Digital of the Year finalist for his story “Tacloban Mayor Romualdez injected CoronaVac into the house.”

In December 2021, Brojan led the Inquirer Visayas team in collecting and delivering reports to its central office after Typhoon Odette amid the limitations and inconvenience of having to live without water, electricity and poor phone signal.

She literally had to chase the phone signals and muster all the patience just to deliver the stories.

Among the articles that stood out was “Crisis Brings Out the Best in Cebuano,” a feature she wrote to highlight the resilience of Cebu people and how they helped each other amid the devastation caused by Typhoon Odette.

Brojan wrote about the typhoon victims’ appeal for food, water and building materials as well as how Odette derailed the recovery of tourism in the Visayas – stories that helped carry the voice from the people to the government.

She has also authored in-depth reports that have provided context, background information and analysis on several issues, in particular the COVID-19 pandemic.

Inquirer Visayas also published a series of stories about a private company accused of falsifying its background to build the 711.8 million peso underpass project in Mandaue City.

The story, along with a formal complaint by a certain individual, prompted the Department of Public Works and Highways to cancel its contract with the contractor.

Brojan also wrote and edited a special report and related stories on controversial reclamation projects in Cebu and Negros Oriental that were seen as destroying marine life, the environment, and the livelihoods of fishers and laborers. shipyard.

As an editor, she has always demonstrated a commitment to accuracy, fairness, and a comprehensive account of events that presents all sides of a story to build the newspaper’s credibility and the confidence of its readers.

Even with several recognitions under his name, Brojan remains grounded, saying anyone could be a journalist if given the chance and the proper training. Therefore, she said, a journalist should never be so proud that he abuses his position.

Based in Cebu City, she was a correspondent for the Inquirer in 1992 and a regular reporter in 1996.

In 2005, she became editor of Cebu Daily News, a sister publication of PDI. Six years later, Brojan returned to the Inquirer Visayas as Bureau Chief.

In 2015, the Catholic Mass Media Awards recognized the Inquirer’s team effort in covering Pope Francis’ visit to the Eastern Visayas, particularly the town of Tacloban.

In 2020, Brojan and his team won the GMEA Explanatory-Investigative Story of the Year for Digital for their reporting on the plight of Cebu’s doctors and nurses in the fight against COVID-19.

The articles “Cebu City cries out: ‘We need more doctors, nurses'” and “Cebu’s overworked nurses ask for help as morale drops”, which appeared on the front page of the Inquirer, were urged the government to send more doctors and other medical professionals to Cebu and give financial aid and other incentives to nurses to improve their condition.

Besides writing and editing, Brojan has been active in efforts to raise professional and ethical standards among journalists and media organizations.

Prior to the COVID-19 pandemic, Brojan taught news writing and other journalism subjects at the University of the Philippines in Cebu to impart his knowledge and experience in the subject.

She has also spoken at workshops and trainings for communication students and organized “side reading sessions” with children in different parts of the Visayas to promote a love of reading among children.

She taught students and journalists to respect integrity at all times and to avoid source considerations.

It’s no coincidence that Brojan has been in the industry long enough to know the demands of the job and what it takes to stay on top.

Going digital to deliver news as it happens across all platforms has been a challenge for many journalists today.

Brojan is no exception, saying it’s a challenge for his team of around 20 correspondents and contributors from across the Visayas to keep pace with writing for online platforms.

However, she is not one to back down from a challenge. For years, Brojan has edited stories for both print and online.

“Sink or swim – always chase a story, don’t take no for an answer, make sure your story is valid and respect your story. Allow your employees to grow and don’t view them as a threat,” she shared in a previous interview with Cebu Journalism and Journalists magazine.

It also pushes reporters to expand the reach of a story and recognizes an impact in the story that the reporter might not have seen.

In addition to helping grow and transform the industry, Brojan has also inspired his peers and helped shape the minds of today’s media professionals.

While many consider her strict, Brojan brought out the best in those she taught.

“For me, it’s my calling. And what I love the most about this job is that the learning never stops. No day is the same because you learn new things every day. days,” she said.

The GMEA salutes journalists, bloggers and social media advocates in the Visayas and Mindanao who have demonstrated excellence in their craft, a commitment to their profession and have created a positive impact on society.

Accepted entries were stories, photos and videos that showed people’s concern for the environment, as well as those that looked at positive societal impact, innate care for people and digitization.

The categories and winners of this year’s GMEA are as follows:

Feature of the Year: Loon Church in Bohol emerges from the rubble (Inquirer)

Newsmaker of the Year: Jeony A. Bigay (RMN Bacolod)