What topics are covered this week? There’s the power consumption of electric motors at CERN, the newest flagship LG CineBeam 4K laser projector, the sale of DUV immersion lithography tools to China, an Infineon acquisition and plans for a open source compound semiconductors…

5. ABB and CERN team up to study the energy savings of electric motors
CERN-electric-motors-credit-CERNCERN and ABB will study the energy use of electric motors at CERN and publish the results for public use. ABB described the project as “non-commercial” and said it will demonstrate how data insights and service expertise can be applied to make better decisions about saving energy and increasing reliability in large-scale research facilities.

4. Gadget Watch: LG Ultra Short Throw CineBeam 4K Laser Projector [Gadget Master]
Not sure what to make of it, the newest flagship LG CineBeam 4K laser projector, with Ultra Short Throw (UST) quality. The idea is to deliver 4K image quality at a short distance, so this projector is built with a more space-friendly design. What’s not to like? I guess that just seems counter-intuitive. The model name is actually HU915QE, and it projects images ranging from 90 to 120 inches (measured diagonally). It’s a 90 inch image when placed 5.6 cm from the wall or a 120 inch image when placed just 18.3 cm away. 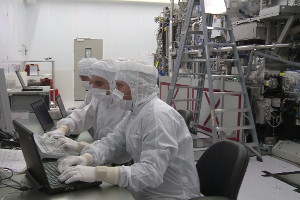 3. ASML under pressure to stop selling DUV tools to China
ASML is under pressure from the United States to stop selling DUV immersion lithography tools to China. The company is already prohibited from selling EUV tools to China. Being litho’s main working tool, a DUV ban will have more effect on China’s plans to develop its chip industry than the EUV ban. Apart from Yangtze Memory, all Chinese factories manufacture devices on legacy process nodes to serve markets such as automotive and industrial. 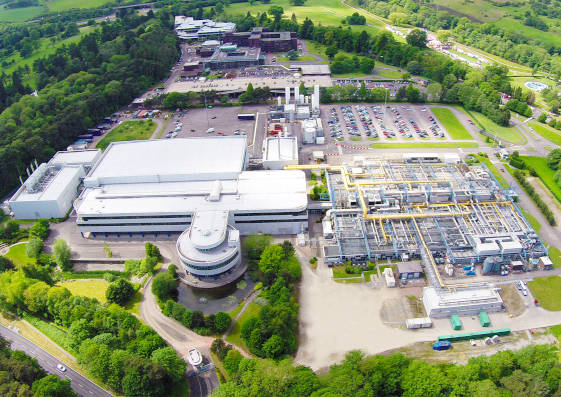 1. Newport Wafer Fab is planning an open access foundry
Newport Wafer Fab plans to set up an open-source compound semiconductor foundry, said Toni Versluijs, Nexperia’s managing director for BG MOS Discretes at the Business, Energy and Industrial Strategy Committee hearing on UK policy on of semiconductors this morning. Versluijs told the committee that the idea of ​​creating a compound semiconductor foundry had been in the works for a year and that an unused building had been assigned to the operation.