What topics are covered this week? There are (the end of) automotive component shortages, power module companies merge to form Semikron-Danfossmerge, the growth of the chip industry, a new book about Arm and its corporate culture, and Intel finds a new way of financing the construction of American factories.

5. Automatic chip shortage may ease
There are several signs that semiconductor shortages for automotive applications are easing, says Semiconductor Intelligence. However, light vehicle production is likely to remain below full potential until at least 2023. LMC Automotive’s July forecast for light vehicle production forecast 81.7 million units in 2022, up 2% from 2021. LMC’s January forecast forecast unit growth of 13% in 2021, more than 4 million units more than current forecast.

4. Power module companies merge to form Semikron-Danfoss
Power module company Semikron and Danfoss subsidiary Danfoss Silicon Power have completed their merger to form Danfoss majority-owned Semikron-Danfossmerge. Of the two family businesses, Semikron recruits 3,000 employees from 24 subsidiaries worldwide, and 500 from Danfoss Silicon Power. Where did Danfoss get resources to buy the much larger business? “We cannot go into detail on how the deal is funded, but Danfoss is a very strong company with a very good credit rating and years of positive cash flow,” a spokesperson said. Weekly Electronic. 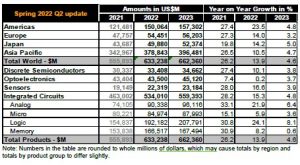 3. Chip Industry Expected to Grow 13.9% This Year and 4.6% Next Year, According to WSTS
The semiconductor industry is expected to grow 4.6% next year after growing 13.9% this year and 26.2% last year, according to WSTS. It projects industry revenue of $633 billion this year. Most major categories are expected to experience high teenage growth in 2022, led by Logic with 24.1% growth, Analogue with 21.9% growth, and Sensors with 16.6% growth. Optoelectronics remains the weakest category in the forecast and is expected to be roughly flat (+0.2%) year-over-year.

2. Culture Won – an insider’s perspective on how Arm changed the tech industry
“Culture eats strategy for breakfast,” said business guru Peter Drucker, and Keith Clarke, former Arm vice president and 25-year Arm veteran, agrees with Drucker’s view in his book “Culture Won”. There was, of course, a bit more. If Arm ever adopted a motto, it would be: “I can do better than that” – the often repeated remark of Sophie Wilson, one of the two designers of the ARM 1 processor, who first used the expression on a processor designed for National. Semiconductor by its Arm 1 co-designer Steve Furber. 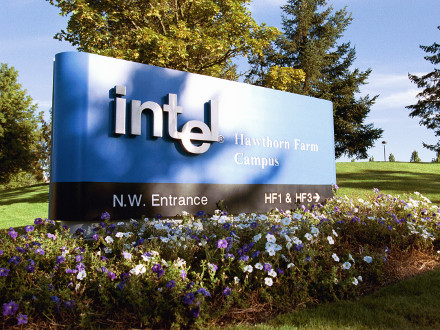 1. Intel finds a new way to fund fabs
Yesterday, Intel and Brookfield Asset Management of Canada said they had developed “a new funding model [for] the capital-intensive semiconductor industry. The companies will pay for the two fabs previously announced by Intel in Chandler, Arizona, on a 51-49% basis, with Intel taking the 51% share plus operating control. Intel finds a new way to fund the fabs” Our agreement with Brookfield is a first for our industry, and we hope it will allow us to increase flexibility while maintaining the capacity of our balance sheet to create a more distributed and resilient supply chain,” said CFO of ‘Intel, David Zinsner.