The Brag Media has confirmed that it will hold its first ever Rolling Stone New Zealand Awards. The event will take place at Glasshouse in Auckland on Wednesday August 31 as a celebration of Aotearoa’s music, and follows the Australian expansion of the iconic music and pop culture masthead which has been launched locally in March.

The founding main sponsor of the Rolling Stone New Zealand Awards is craft brewery Panhead Custom Ales, with sponsors SAE and Canna also confirmed. Prizes are by invitation only for an evening of live music, drinks and Kiwi music celebration.

Nominations for the first Panhead Rolling Stone New Zealand Awards open May 16 and close Friday June 17 via property of The Brag Media The industry watcher.

The awards are open to New Zealand artists or groups who have published work during the eligibility period of April 1, 2021 to March 31, 2022. Nominees will be announced on Friday June 24.

The editor of Brag Media, Poppy ReidTold Media Week that even if Rolling Stone CA is new to the market, it has had a major impact.

“[The Brag Media CEO] Luke Girgis and I went earlier this month, and we met a bunch of people from the music industry and ad agencies – they were pretty excited.

“In the same way, the Australian media industry has been really crippled by Covid, as has the New Zealand sector. They lost a lot of publications. They have some really amazing music blogs there, but nothing with the iconic strength of rolling stone in this territory. »

Speaking about the strength of the New Zealand music scene, Reid said the pool of up-and-coming talent is full of brilliant artists.

“It’s very diverse, just like Australia. They have some pretty amazing artists coming out of there – we all know Lorde, but I feel like there are a few potential Lordes out there. There is so much incredible talent.

“We’re doing a big feature in the next magazine called The Eight Kiwi Artists to Watch, and it’s a multi-page feature dedicated to artists who have just arrived and who we think could be the next Lorde or the next Benee.

“We’re talking to a group of these artists as well, because we have our awards coming up and we want some of them to perform. There are so many choices.

Among the winners of the second Rolling Stone Australia Awards in March this year were Amy Shark, Genesis Owusu, Kid LAROI and King Stingray.

The next issue of Rolling Stone Australia/NZ hits newsstands June 13 with SOIL RÜFÜS on the cover and interviews with 5 seconds of summer, Jack White, drag race favourites, as well as reports on polyamory in New Zealand, the new internet, eight Kiwi artists ready to become famous and a glimpse into the secret world of private concerts at exorbitant prices. 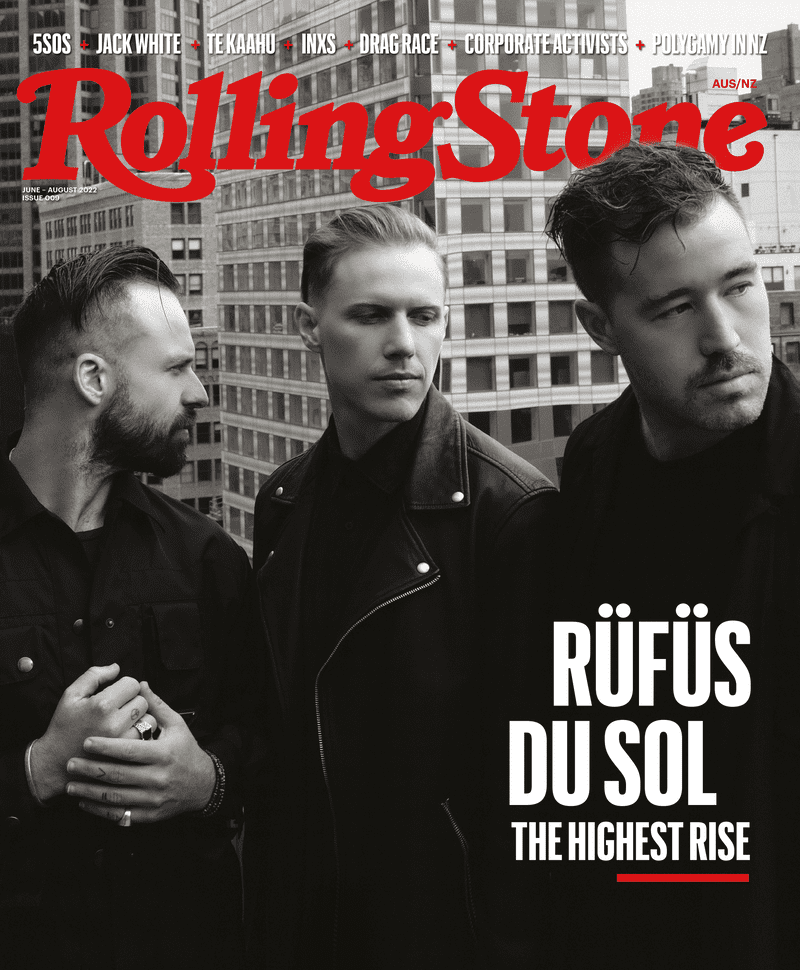 RÜFÜS DU SOL on the June cover of Rolling Stone

VOZ shows that the top 5 BVOD programs for P25-54 year olds all had more than 20% of their total audience from a BVOD service.
Click for more